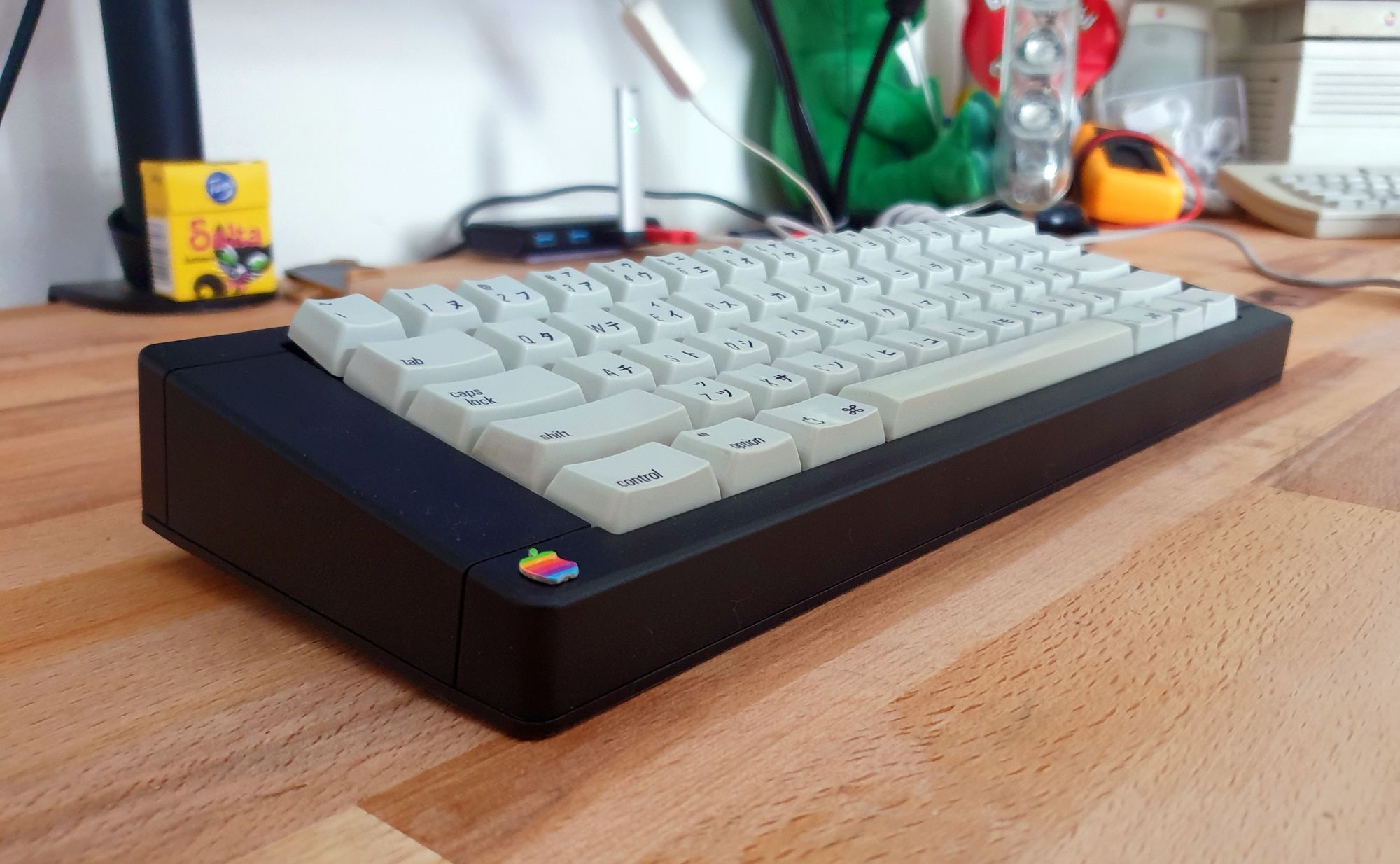 This board has been getting progressively more premium since version 1 of this build, back in July 2020. Before we get on to talking about the board as it is now, let's go over the evolution a bit.

In November, I got hold of 60 Alps SKCM Brown switches for a decent price, and some JP AEK caps I'd ordered in August arrived. These went into the board pretty much immediately, but it became quickly apparent that the sound was not up to snuff. A plastic, high-profile case was an urgent necessity.

Unfortunately, if you know anything about the custom mechanical keyboard hobby, you'll know it's dominated by fat chunks of aluminium, which makes Alps switches sound less than optimal. As plastic is generally regarded as 'cheap', this left the best option I could find as a cheap polycarbonate tray case, which, while improving the sound, looked pretty generic and terrible:

Fast-forward to the middle of March, and I come across the Buger.work BBox60 case, which appeared to tick all the boxes required for good Alps sound - it was made of ABS and had plenty of internal room. It also had nice bezels, which was a large plus for aesthetics. I took the punt, and it was everything I hoped it would be.

This thing is really nice. The typing angle was a bit shallow for me, so I jacked it up a bit with some adhesive feet, but you really don't see that when using it.

Alps SKCM Brown is a rather unique tactile switch in the Alps family, which doesn't feel much like other tactile Alps. The tactility is rounded (similar to the tactility from Topre and other rubber domes), but the feel is distinctly mechanical. They're quite stiff, but are up there with the best tactile Alps for me.