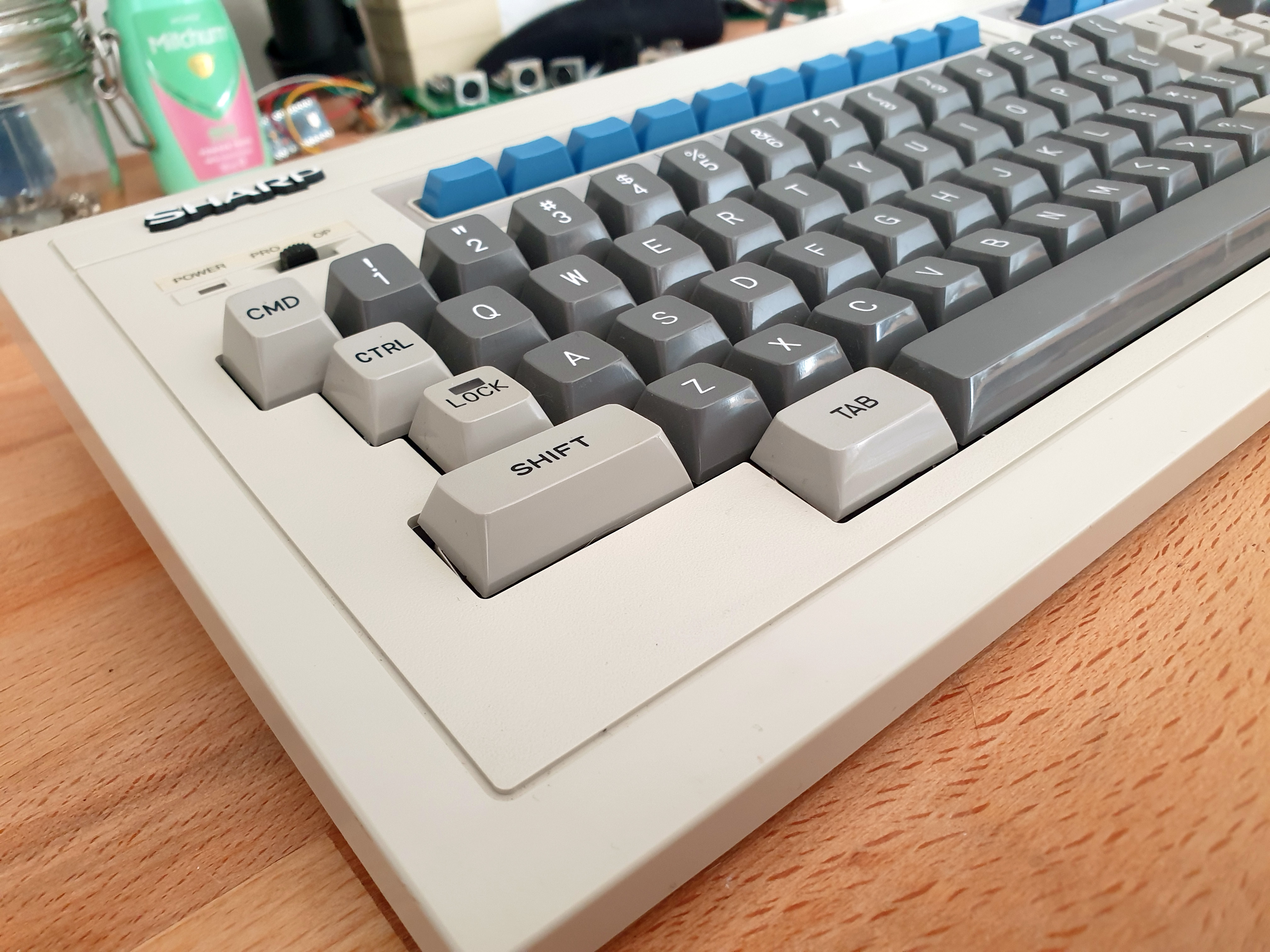 Super cool board in NOS condition that I got off eBay. Bizarrely uses both Alps SKFL and Alps SKCC on the same board, but in the inverse of what you'd expect, SKFL is the majority of the keyboard.

It's also a looker!

Converting this was a nightmare, made worse by several mistakes I made, but before I get on to talking about those mistakes, let's talk about how weird this board is.

There was a Toshiba demuxer on the controller PCB that had exactly the same footprint as a Teensy, so I decided to drop my Teensy in there, and this is where my downfall began. The controller PCB is two-sided and this has been my first time mapping a matrix on a double-sided PCB. In my confusion, I missed the fact that three of the pins on that original Toshiba chip were grounded. I finished my first attempt at conversion, plugged the board in... and heard a pop.

I had shorted VCC and GND and the pin headers were super stuck in as they were a little too thick for the holes. In the end, I managed to cut the header pins that were grounded, but also overshot and cut some others I didn't want to cut, as well as putting a small break in a trace.

With some additional manual rewire, trace repair, and careful pin remnant removal later, the board works! Unfortunately it doesn't look anywhere near as neat as the first time I did it.

I also got the PRO/OP switch working as a layer control, and spliced the original coiled cable into a mini-USB cable so I could continue to use it. However, I had the wrong diameter heatshrink, so I will have to do this again at some point: