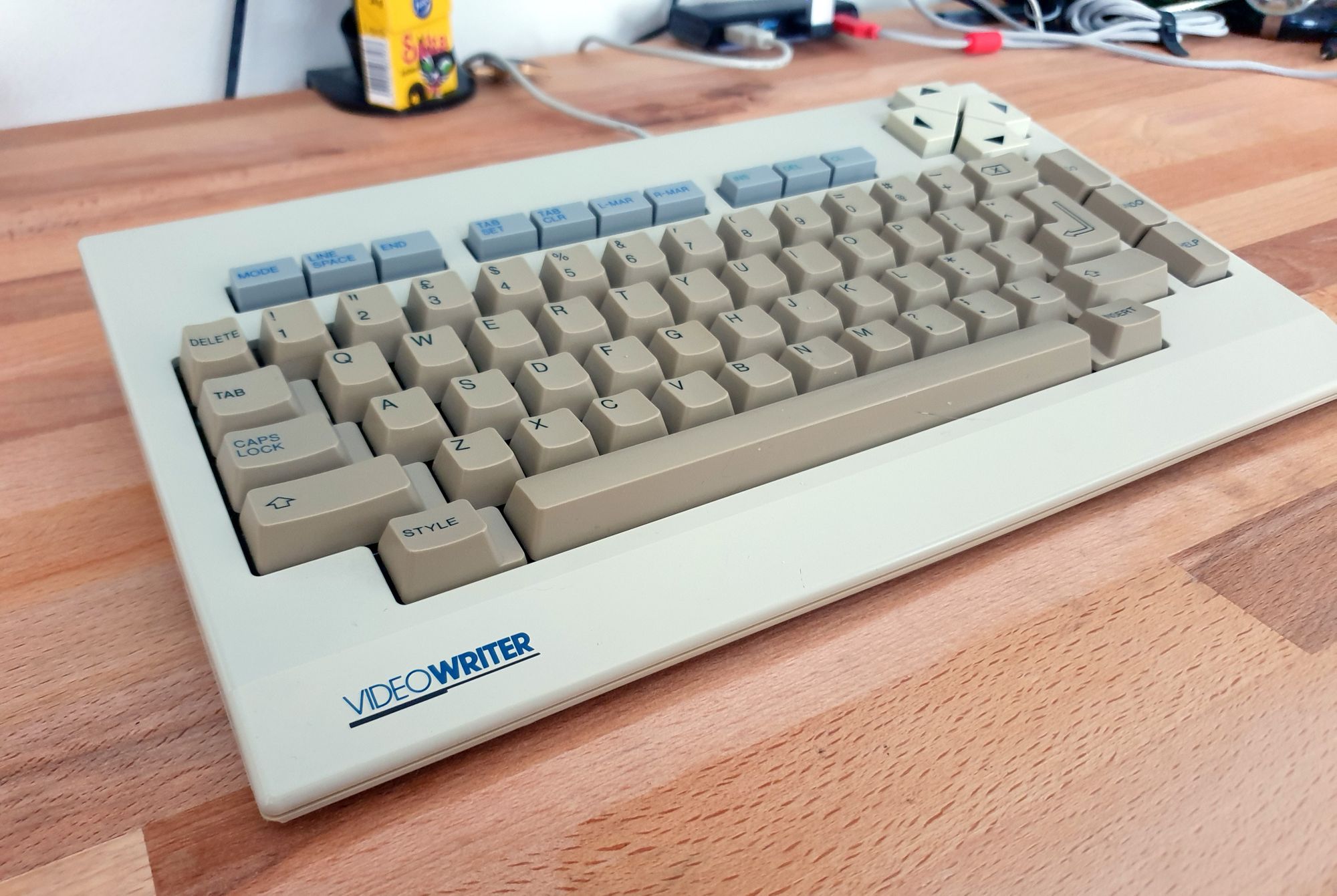 Magnavox Videowriter keyboard rebuilt from parts. I received the parts in addition to the Alps SKCM Brown switches that went into my AEK alps64 build.

This keyboard previously used restored Alps SKCM Blue "piss blues" (i.e., they were harvested from a board that smelled like cat urine), but I ended up liking the form factor so much that I decided to get some more interesting switches in better condition.

On to the Videowriter! The case and caps were in fantastic condition, so I couldn't pass up the chance to rebuild this nice compact board.

The switches used for the final form of this rebuild are Alps SKCM Amber, the slightly heavier, more tactile, and louder cousin to blue Alps:

The SKCL Compact switches and caps were not provided, so the ones that ended up in the keyboard are from a Sharp PA-1000.

The PCB was not in such a good shape, and also needed a controller replacement to work over USB - for this I used a Teensy++ running QMK. This started out fairly neat, and you can see the neat aspects of this replacement from the front of the PCB.

I then fixed a few traces between switches that were broken due to lifted pads. However, things didn't work right off the bat. Keys in row 6 (D, F, G, H, J, K, L, ;) were also registering presses in row 7 (X, C, V, B, N, M etc). During troubleshooting, I lifted a fair few pads around the controller, so these had to be rewired by hand. Additionally, I couldn't find the short between rows 6 and 7 with any amount of tracing, so I ended up disconnecting row 6 from the PCB and handwiring it:

Finally, the stabilizers, and especially the 9U(!) spacebar were impressively rattly, so I lubricated the stabilizers with Threebond silicone grease. This didn't impact the hollow sound from the spacebar though, so I filled the inside of the keycap with neoprene to dampen that somewhat.

Everything works now and it's a delightful little board.